I’m so lucky–I got to photograph Judith Hill performing at Helsinki Hudson last weekend. She was my favorite singer on The Voice last year, and she blew me away with her great voice, her piano playing, and her fantastic arrangements. She had been singing backup with Michael Jackson, and was to be his duet partner on his This Is It tour.

Judith grew up in a musical family; her mom is a pianist from Tokyo, and her dad, an African American bass player in a funk band.

On The Voice and at Helsinki Hudson, Judith did a fantastic version of  “Feelin’ Good,” which is best known by Nina Simone. Michael Bublé  also covered it. I have loved this song since I first heard it in 1964. It was written by Anthony Newley and Leslie Bricusse for the musical The Roar of the Greasepaint–The Smell of the Crowd. Judith could go from jazz to rock with such ease, and dare I say it: I prefer her version to MJ’s of “The Way You Make Me Feel.” Love it so much I use it when I teach Zumba!

As I’ve been hunting and pecking around the internet for info on Judith, I came across the video of The Voice “knockout round” duet between Judith & Karina Iglesias. This is some powerhouse singing–check it out here. Love the intensity of this performance!

It was so great to see and hear her live, right in my own backyard, at Helsinki Hudson–such a great, intimate venue. Of course I enjoyed getting a chance to photograph her too! More here:

Photographer B. Docktor specializes in capturing the spirit, action, and energy of performances. 518-329-6239.

Hillrock Distillery, right here in Ancram, has their Spring Open House Saturday, June 15 from 12-5pm. They’re introducing their new Single Malt Whiskey, and George Washington’s Rye Whiskey, which is through a partnership with George Washington’s Distillery at Historic Mount Vernon. You can taste these, as well as their Solera Aged Bourbon. Wonderful chance to meet the great folks who are bringing out these field-to-glass whiskeys, tour the distillery, and see Ancram beauty! Here are photos I made for Hillrock’s new whiskeys, and at their grand opening November 2012. It’s fun and interesting–come on out!

B. Docktor specializes in capturing the spirit, mission, and energy of businesses, non-profits, farms, schools, dance companies. To show what makes your organization special, call B. Docktor at 518-329-6239. 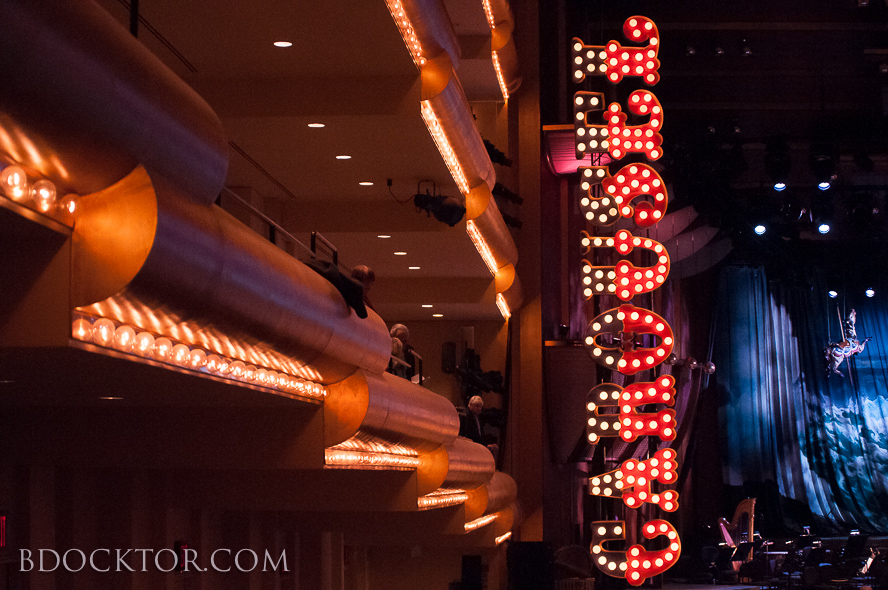 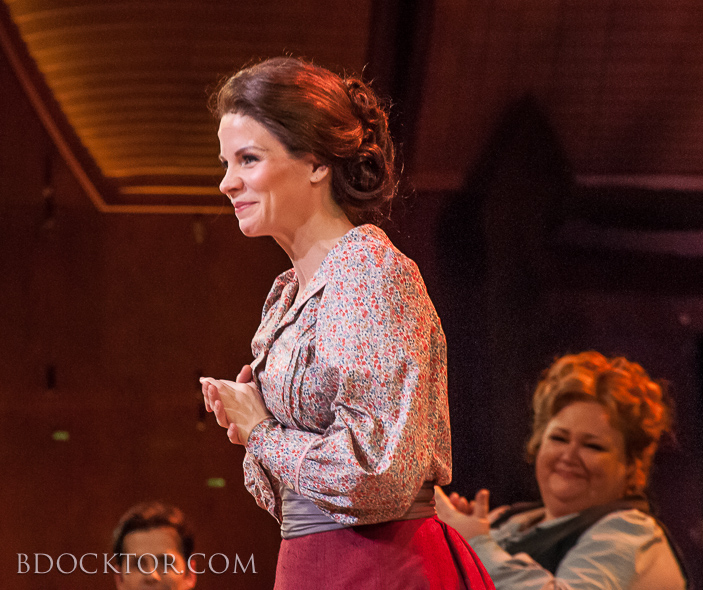 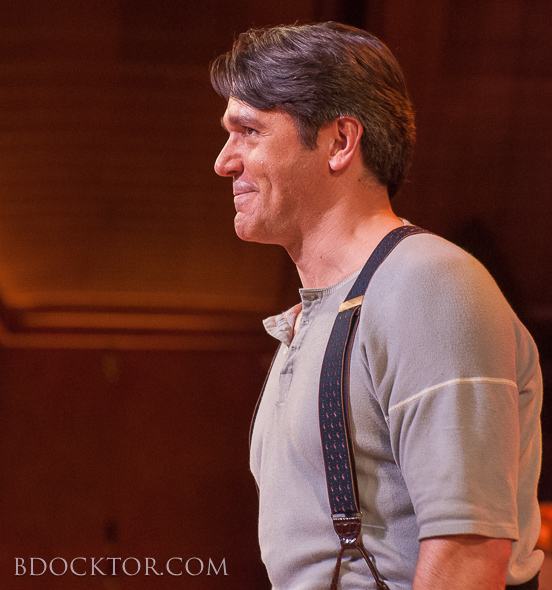 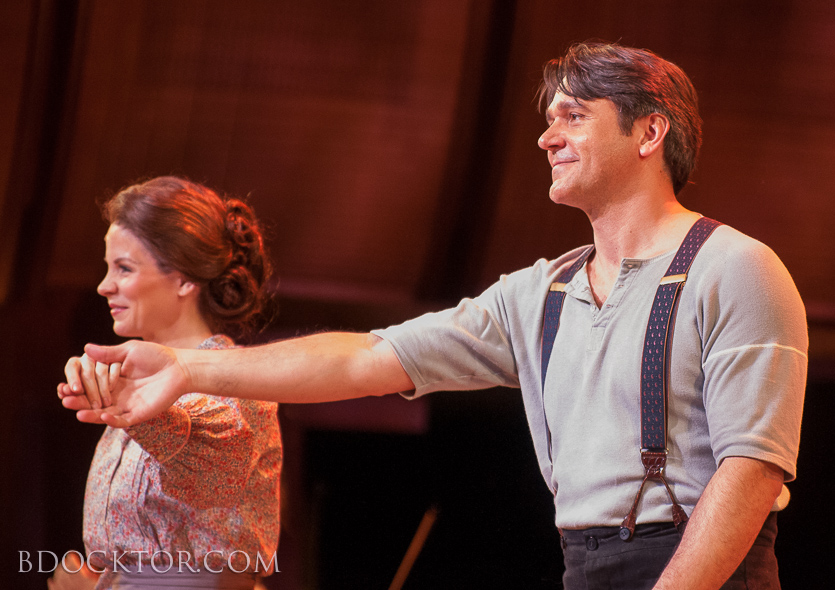 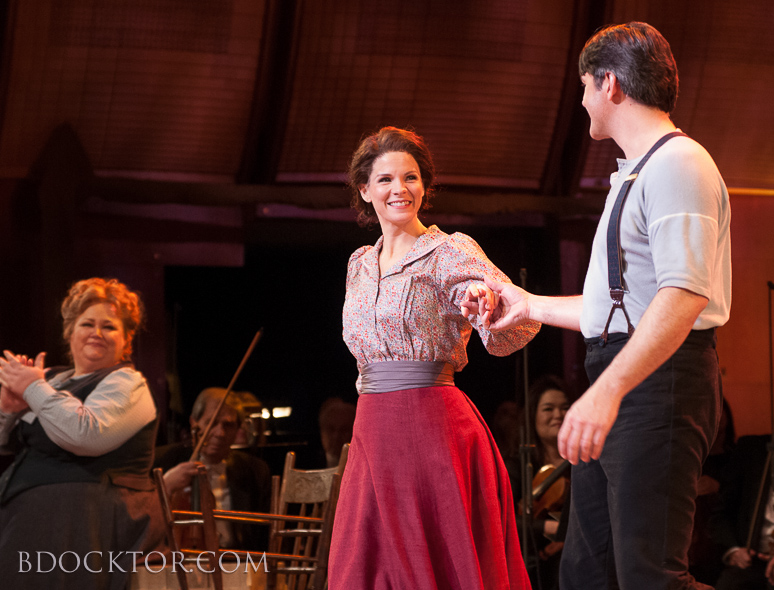 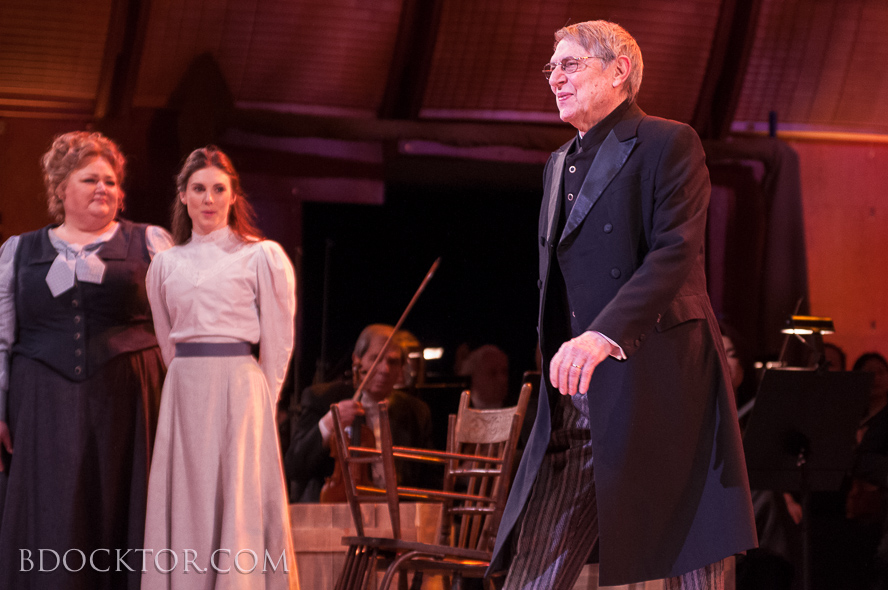 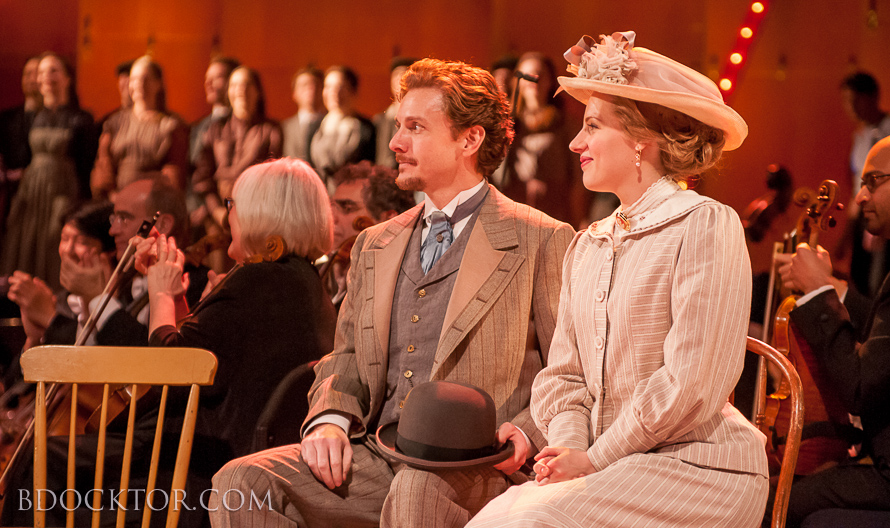 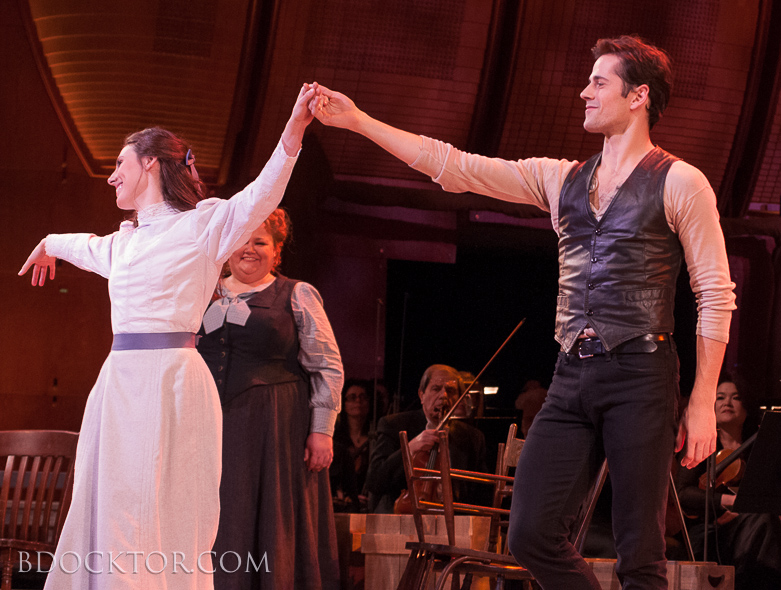 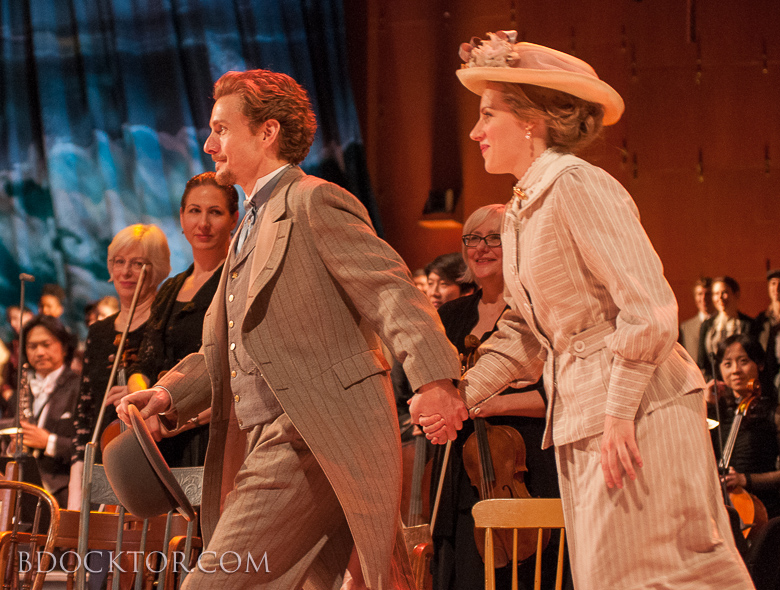 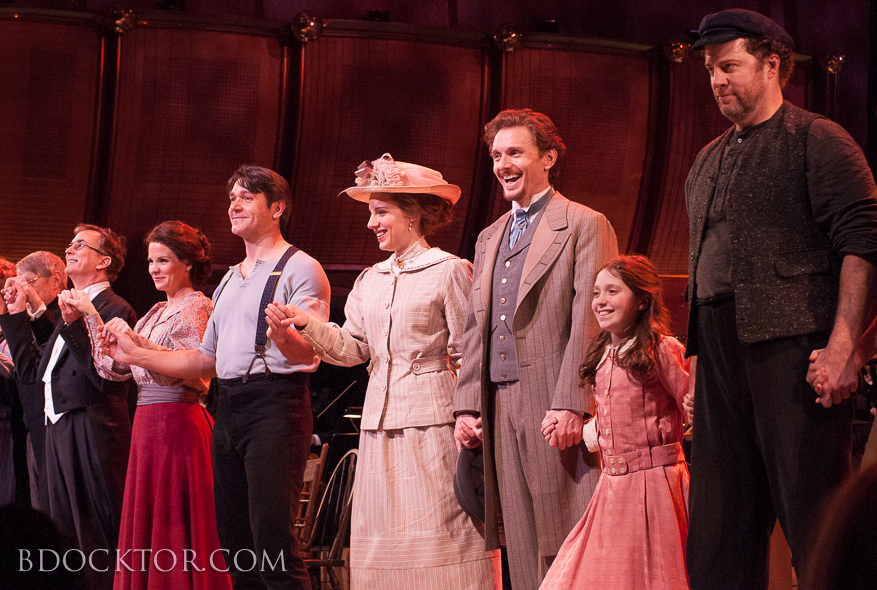 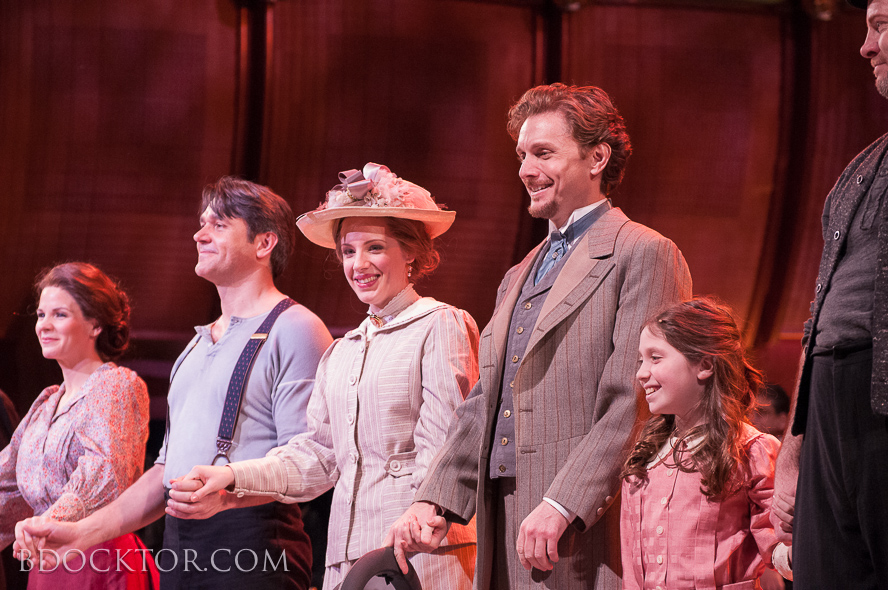 My mom, so beautiful inside and out, turned 92 last week. We had a great party to celebrate this wonderful woman who is loved by everyone who knows her. She comes from Philadelphia, where her parents owned Himmelstein’s Restaurant, a well known place at 5th and Lombard. She always had an incredible energy level as I look back at her life. When I was 6 she went back to school to get teaching certification and she taught at Thomas Jefferson Junior High in Fair Lawn for 30 years. All the while that I was in school, she was teaching, continuing on to get her Master’s Degree, then Master’s +30 credits, AND, she also taught adult education one night a week. Plus, made us every meal every day. Whew. It exhausts me just to consider it!

Now her passion is to take in the best performances in NYC–she goes regularly to the Metropolitan Opera, New York City Ballet, American Ballet Theatre, Roundabout Theatre, and other Broadway productions. She is a renowned baker. She loves to bake cakes, cookies, and pies, and her desserts are a big treat at every gathering she attends–she even made them for her own 92nd birthday party! You can see in my  photos below that she loves being with her family, and she still gets up and dances around! She is the most generous and loving mom a family could hope for. 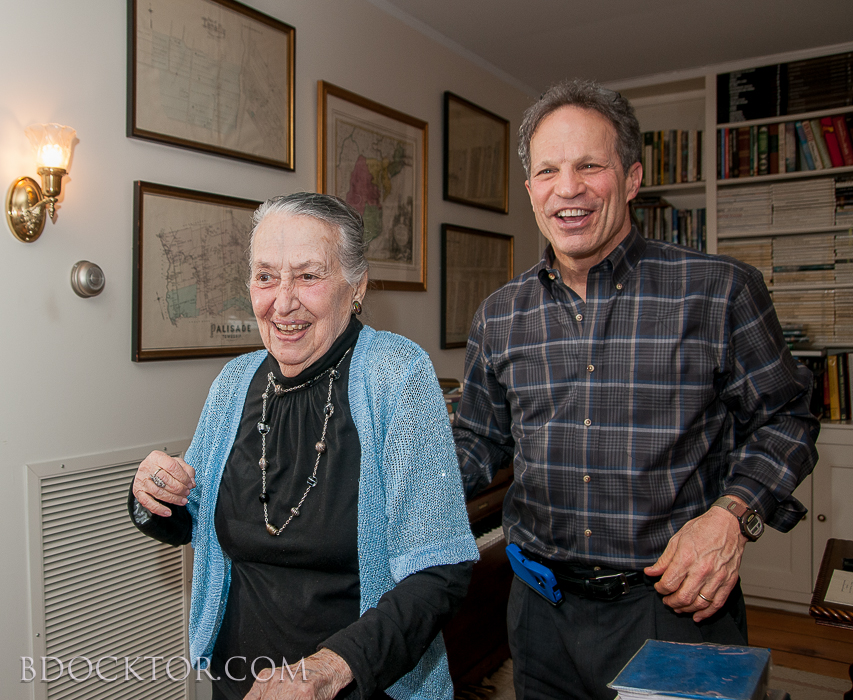 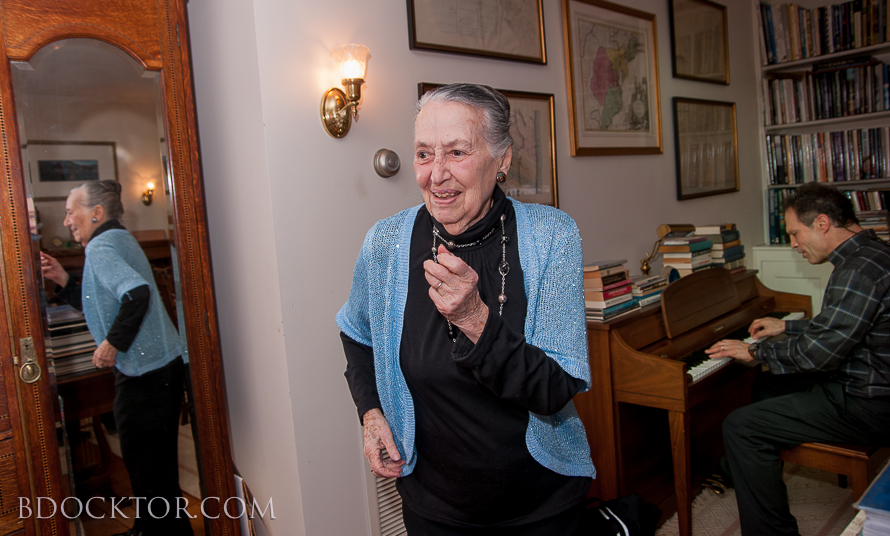 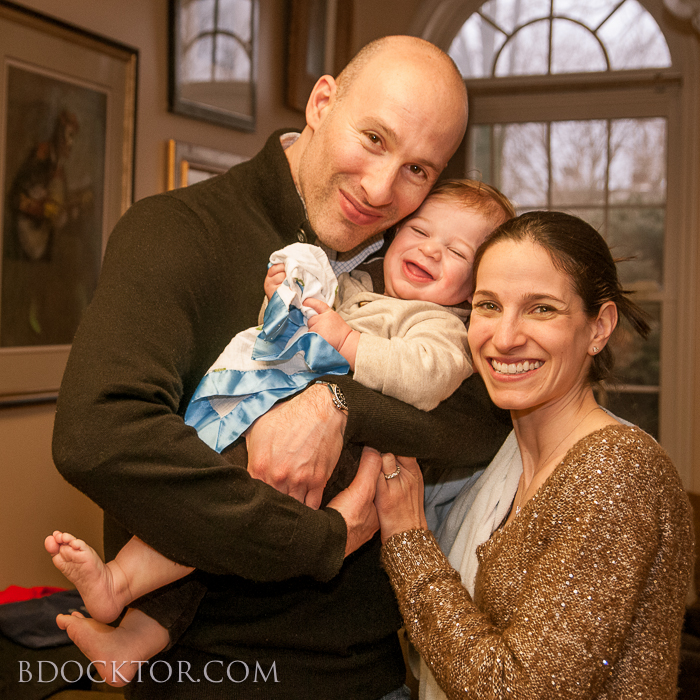 I made this one below with the camera on a tripod using the self-timer. I get a kick out of doing that. 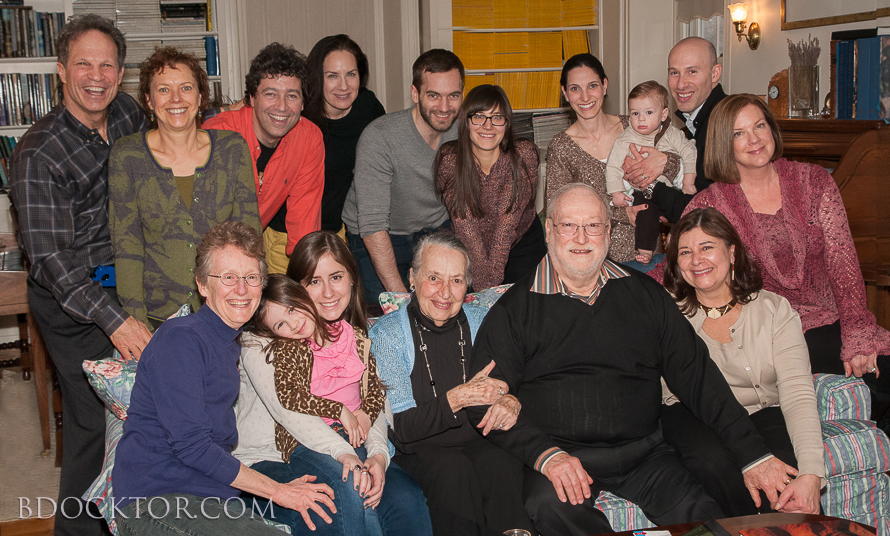 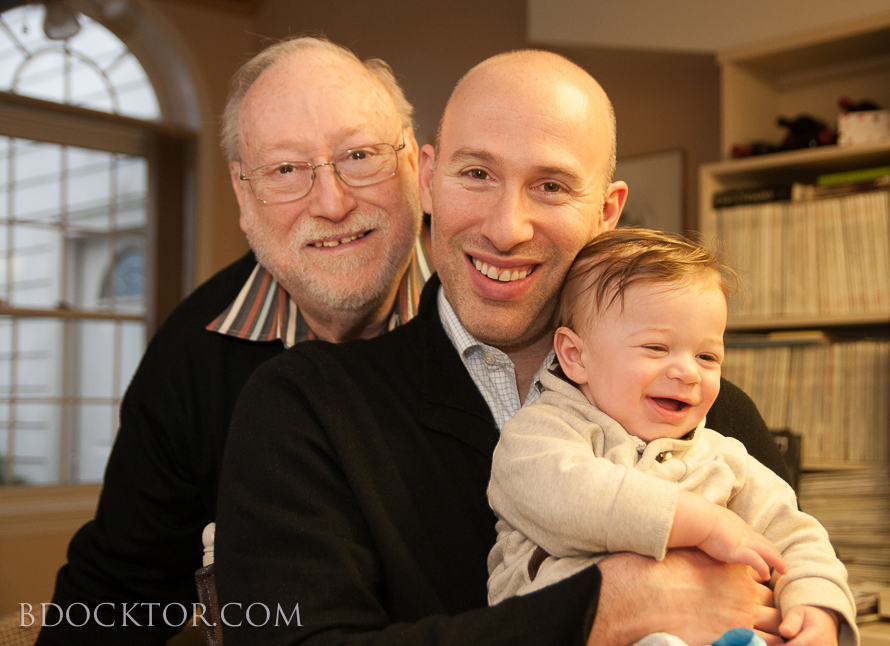 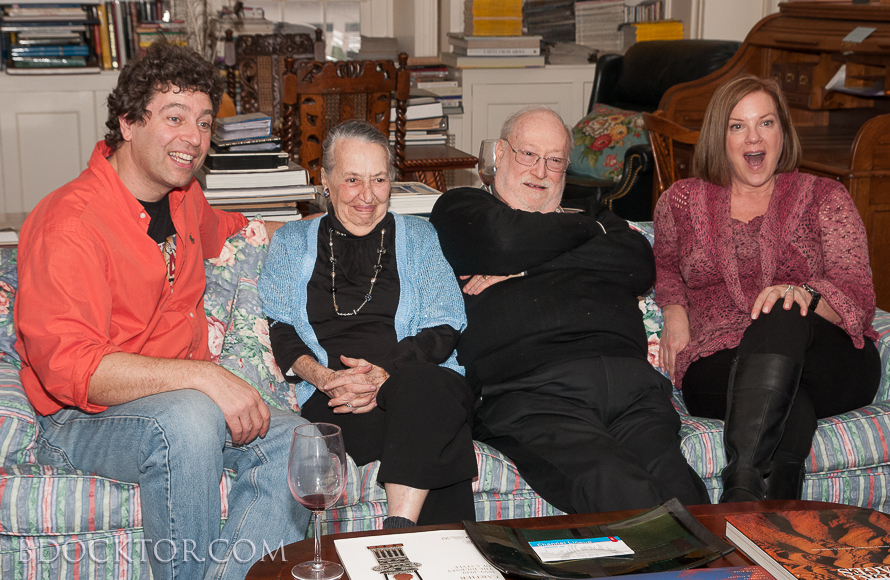 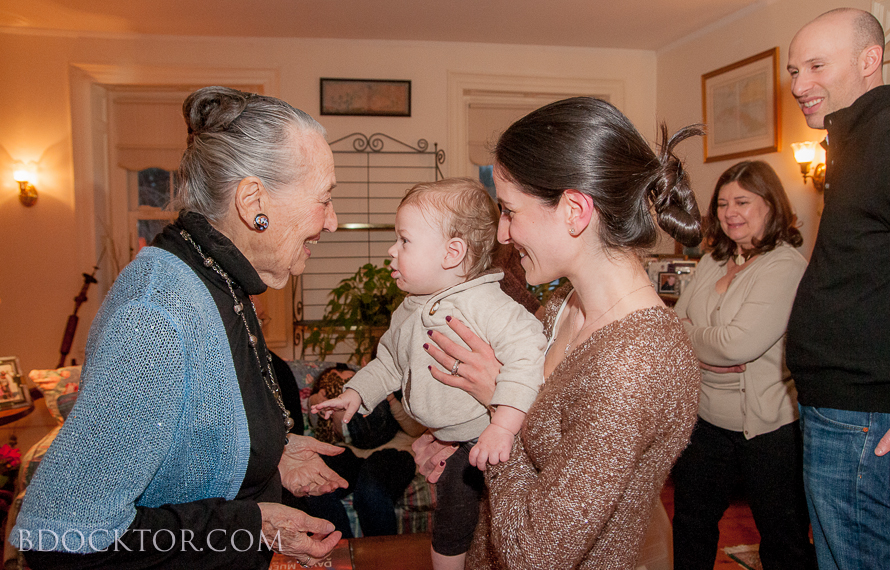 I have always loved my family’s pictures. When I was little and we went to my grandmother’s house, I vividly remember always going for the leather album that had family pictures. While my father made some great family photos, they were never organized into a place where you could enjoy them, let alone find them. (If you knew my dad, you understand–right?) Anyway, I love family albums. It’s great to be able to put my photos on screens and share them through my blog and email them–but it’s the albums that I treasure most. If you’d like to document your life’s special moments, or want to make a commemorative video or album, please give me a call.
Creative portrait photographer B. Docktor specializes in capturing the spirit, beauty and joy of your family gatherings. I am based in the Hudson Valley and happily work in NY, NJ, MA, CT. Please call me at 518-329-6239 to document your life’s most precious moments. View portfolio: bdocktor.com

Last week I went to my Fort Lee High School reunion. I know many folks who hated their high school experience, so I feel very fortunate that I loved my high school years, and have many great friends from Fort Lee. I am so lucky–I have friends I’ve known since kindergarten, and still keep in touch with. I always felt that my class was full of very creative, really fun, and smart people. Everyone seemed so genuinely happy to see each other, and I was touched by how much warmth and kindness and fun was present.

I didn’t make that many photos because I was very busy talking and dancing. I love being a party photographer, but this time it was more important to me to be in the party.

I got a huge kick out of dancing with my high school friends because when I was in high school I was totally inhibited about dancing, and I never, ever, EVER danced then. Now, as you many know, I can’t stop dancing. My friend Marvin said, “you’re dancing even when you’re standing still.” I liked that. Got to keep moving!  Here are Debbie, Sophia, Nancy and Joanne shakin’ it up. 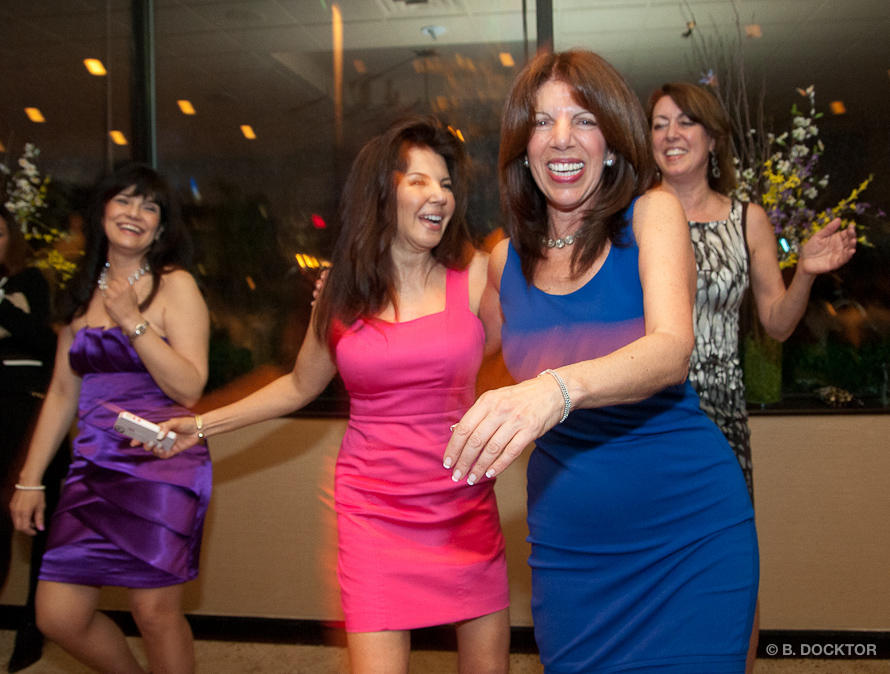 Hudson Valley party photographer B. Docktor specializes in capturing the spirit, emotion, and energy of parties, weddings, fundraising events, galas for non-profit organizations, family gatherings–anyplace people are getting together to have a ball! I’d love to join you at your next event–call me at 518-329-6239.

Party photography that captures the spirit and emotion of the event. Cecilia is one of my very favorite Zumba students (yes I teach Zumba too!) because she is always happy and enthusiastic and smiling. If you ask her how she is, she is always doing great! Sometimes she brings her mom to class, and she inspires all of us to shake it up even more. Her mom can’t be on her feet that much, so she sits in the chair and mimics our arm movements. What dears these two are! Cecilia is such a Zumba fanatic that she goes to multiple classes every week–sometimes more than one a day. She recently had a wonderful birthday bash at Stissing House in Pine Plains, and she invited me and her other teacher, Beth Gross to lead a dance. Another chance to dance and photograph in the same night! 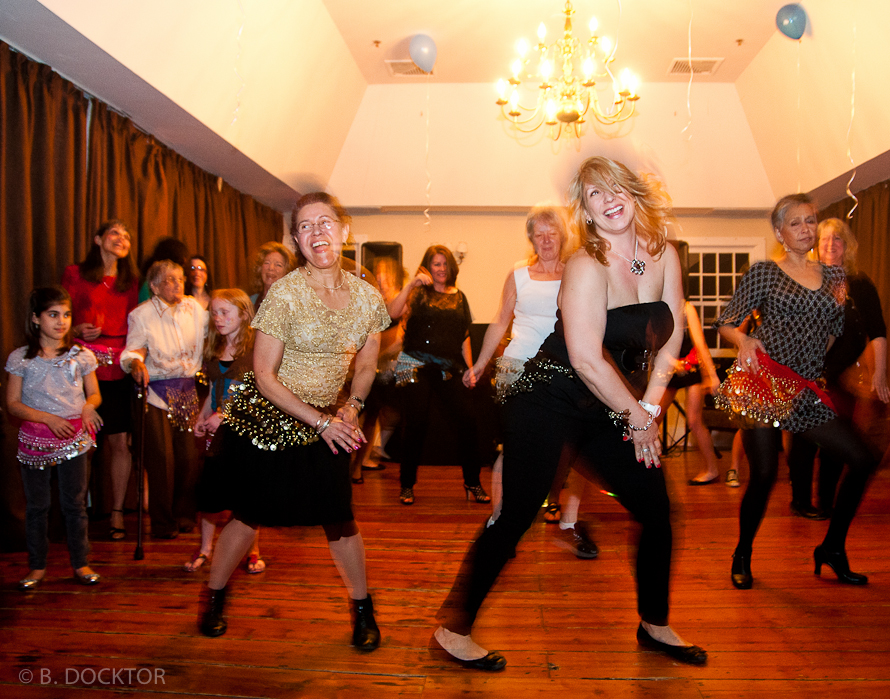 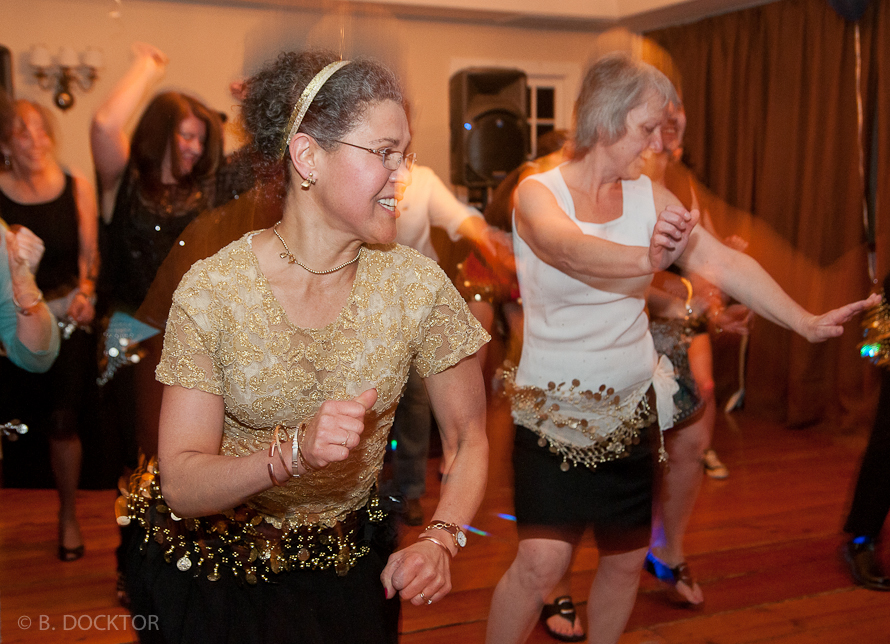 Hudson Valley party photographer B. Docktor specializes in capturing the spirit, emotion, and energy of parties, fundraising events, galas for non-profit organizations, family gatherings–anyplace people are getting together to have a ball! I’d love to join you at your next event–call me at 518-329-6239.